The Soy Controversy – Tasty Source of Protein or Toxic Food? 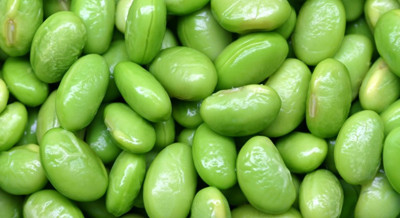 After being a soy-free vegan for twenty years, I have finally welcomed Tempeh into my life.

There is so much controversy about Soy and I had never taken the time to sort it all out, until recently. If you are a vegan you may have heard of these controversies too so it is worth addressing.

There is difference between fermented Soy and non fermented soy. The fermented variety is easiest to digest and this is not just a Soy issue, all beans need to be prepared well to ensure good digestion. Ayurveda and Tibetan Medicine both recommend the cooking, fermenting, soaking and spicing of beans to make them more digestible. This disqualifies soy milk (unless you cooked it well and spiced it) but supports the consumption of Tempeh and Miso! I have found Tempeh to be a delightful and versatile source of protein, it is filling but not too heavy, it is easy to prepare, tasty and lends itself to all kinds of spices and presentations.

What about Soy and the phytoestrogen issue? This is also more of an issue with the non-fermented soy. Apparently this may not be research based and instead could be hype since nuts and seeds and legumes also have phytoestrogens and they are present in such small amounts. Here is what Dr. Oz says:

“Since isoflavones bind to estrogen receptors, they can have similar effects to estrogen, but not nearly as strong as animal-based estrogen. Human estrogen is over 1000-times stronger. However, isoflavones also have non-hormonal effects on the body that are very positive. They help regulate cell growth, which actually safeguards against some cancers. They also play roles in regulating cholesterol levels. Multiple studies on soy have associated eating plenty of soy with lower rates of breast cancer, especially in Asian populations. Furthermore, there are lower rates of breast cancer in many Asian countries, where diets are higher in soy.”

Here are some articles on soy that I found helpful – they discussed the research that is the source of the Soy controversy, the different kinds of soy and the issue of the low quality genetically modified soy or processed soys versus fresh, organic fermented soy products.